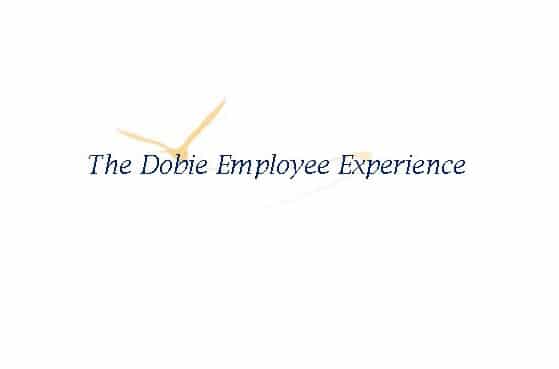 I begin my career at Dobie Road fresh out of nursing school as an LPN working every other weekend. I was on the evening shift (back in the day when most shifts were eight hours) working with memory care residents on the North Ridge Unit. As a new nurse, I felt welcomed by the friendly staff and the family environment amongst employees. I quickly was learning new skills and feeling like part of the team. I really enjoyed working with my fellow co-workers. Together, it really felt like we were improving lives one shift at a time. As the first few months passed, I gathered real world experience that helped me breeze through my RN exams. I no longer had anxiety about going to work, and I looked forward to rocking out the shift with a great team and learning a few things along the way

When I graduated nursing school I wanted more of a challenge (and needed money) so I accepted a full time position on the South Ridge Unit working twelve hour shifts. The faster pace care, and close assimilation to a rehab unit allowed me grow as a nurse and rise to the challenge. Working twelve-hour shifts allowed me to take ownership of the unit and learn from the strong leads on dayshift how to properly advocate for patients. As an RN now, I felt confident engaging Dobie’s friendly physicians.  The managers took time to support me throughout all the scary and unpredictable times that nurses face. Although I really enjoyed my team, I missed the sun and desired to learn more, so I switched to a day shift eight-hour position.

Working day shift exposed to me the plethora of processes and behind the scenes work that goes into creating a five-star memory care unit. I was able to build rapport with providers who took the time to see the patient holistically. The biggest change was interfacing with Dobie’s robust Social Services department. Whenever things became too much, I could count on a social worker smoothing everything over. As I become part of the Inter Disciplinary Team, I trusted that leadership was consistently advocating for patient care and the wellness of our staff. As I become more involved in the regulatory and leadership roles at Dobie, I pursued a BSN at Michigan State University with the support of my Dobie Road family. Financially, Dobie provided a generous tuition reimbursement program and scholarship that made achieving my BSN the obvious choice. During the clinical segments of my BSN, Dobie was flexible and gave me the time off I needed to be able to succeed educationally. I would not have succeeded academically if it were not for the tremendous support that Dobie provided.

After two years of direct nursing care, I pursued a MDS role with encouragement from the current team. In my new role, I was able to interface with leadership in a direct manner and form meaningful relationships with staff that last today. The leadership team was always open to suggestions and listened to our staff and residents. It was evident to me that I was in a unique organization in which patient care always triumphed over profits. I had the privilege to work with established leaders who bestowed a wealth of knowledge upon me. I was treated with respect and truly felt valued. I continue to bring elements of Dobie’s success to my new role as an ADON. The employees of Dobie Road truly are dedicated to improving lives.